christmas bakery baking in the advent - the time full of fragrances of cinnamon, vanilla & brioche 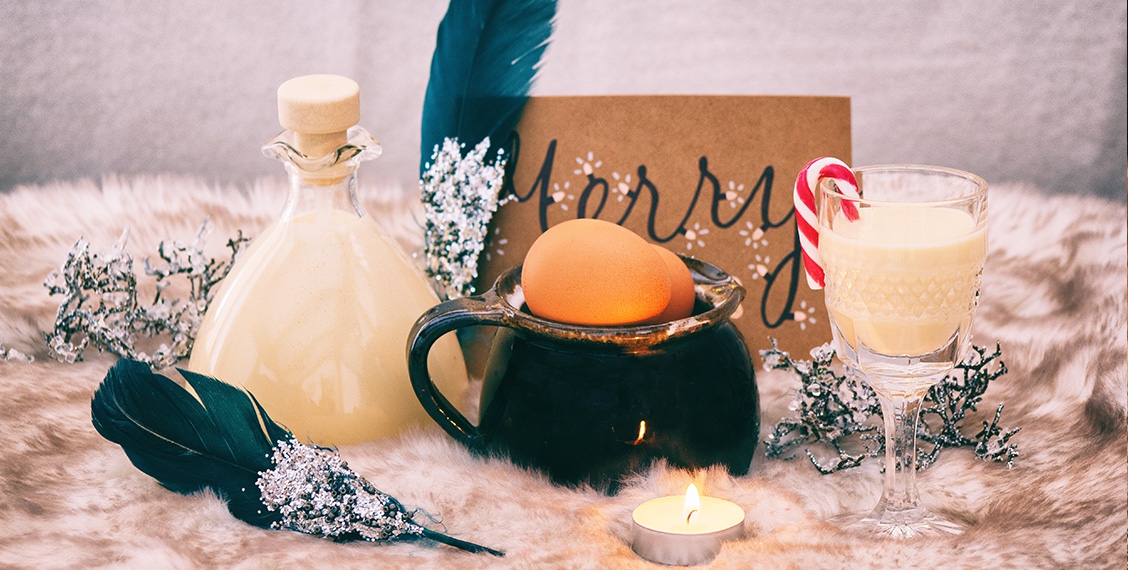 How do you celebrate Christmas in America?
In any case, the famous Eggnog - an egg punch is not missing.

Christmas cult drink Eggnog - a sweet, creamy delicacy and a great change from mulled wine.
Whether drunk straight, at Christmas or Easter, in coffee or as an addition to pies - it's just heavenly good.
A pleasure-Hupferl and popular Christmas hit, not only in America.
In the morning and at noon, in the evening and at night, the Eggnog is the best currency for Advent and Christmas.

Put the egg yolk in a metal bowl, mix with sugar and vanilla paste and beat until fluffy over a boiling water bath.
then gently stir in half of the cream and then stir in the condensed milk.
As soon as the mass has reached a creamy consistency, stir in the remaining cream, mix well with a creamy mixture,
Remove the bowl from the heat and stir in the rum.
Season with cinnamon and nutmeg.
I mixed it all up in the Nutribullet - but this is not really necessary.
Allow to cool for about 3 hours before bottling. 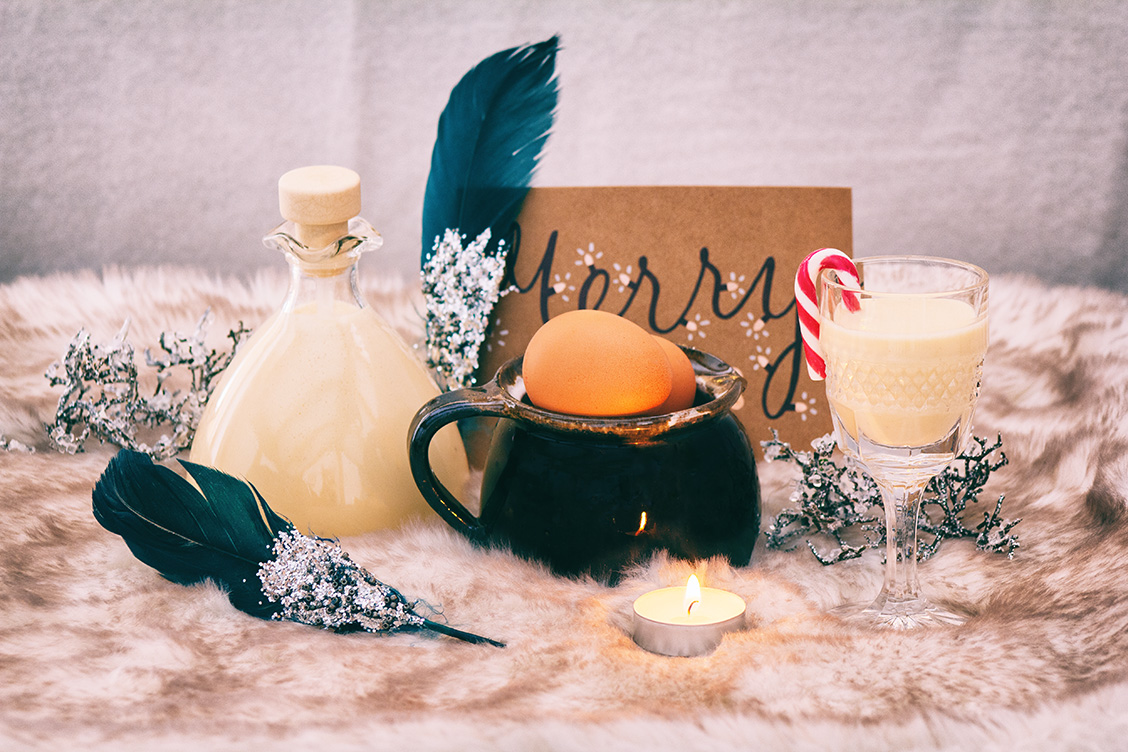 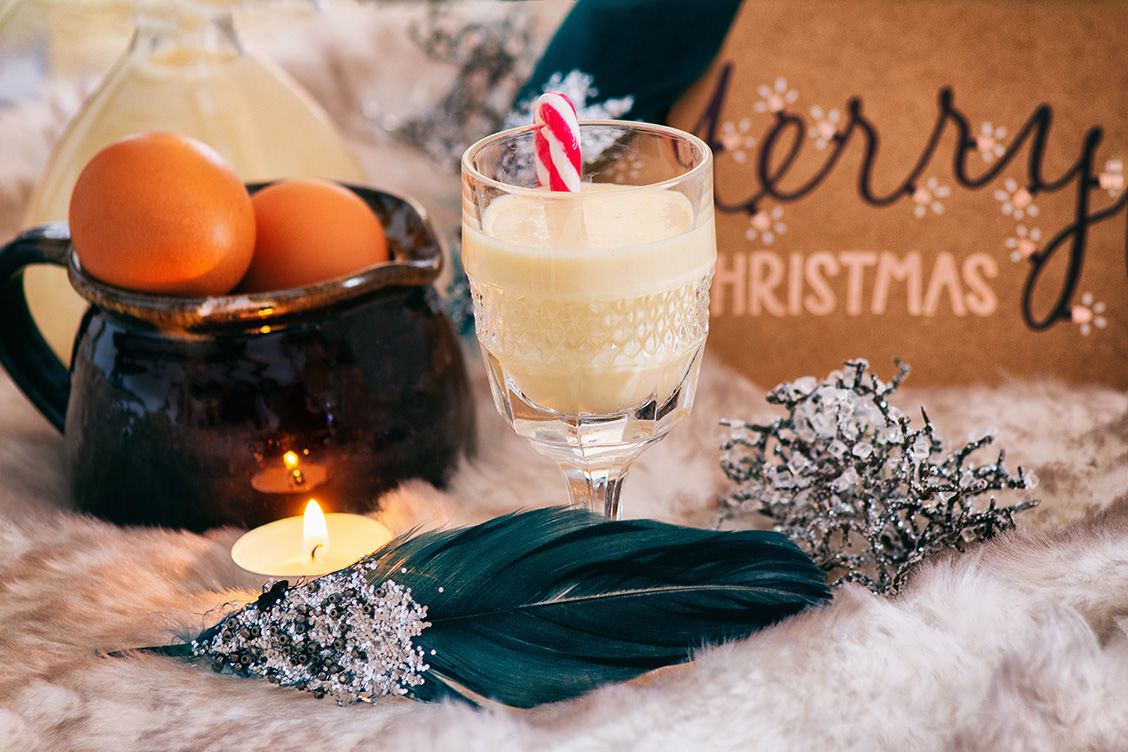 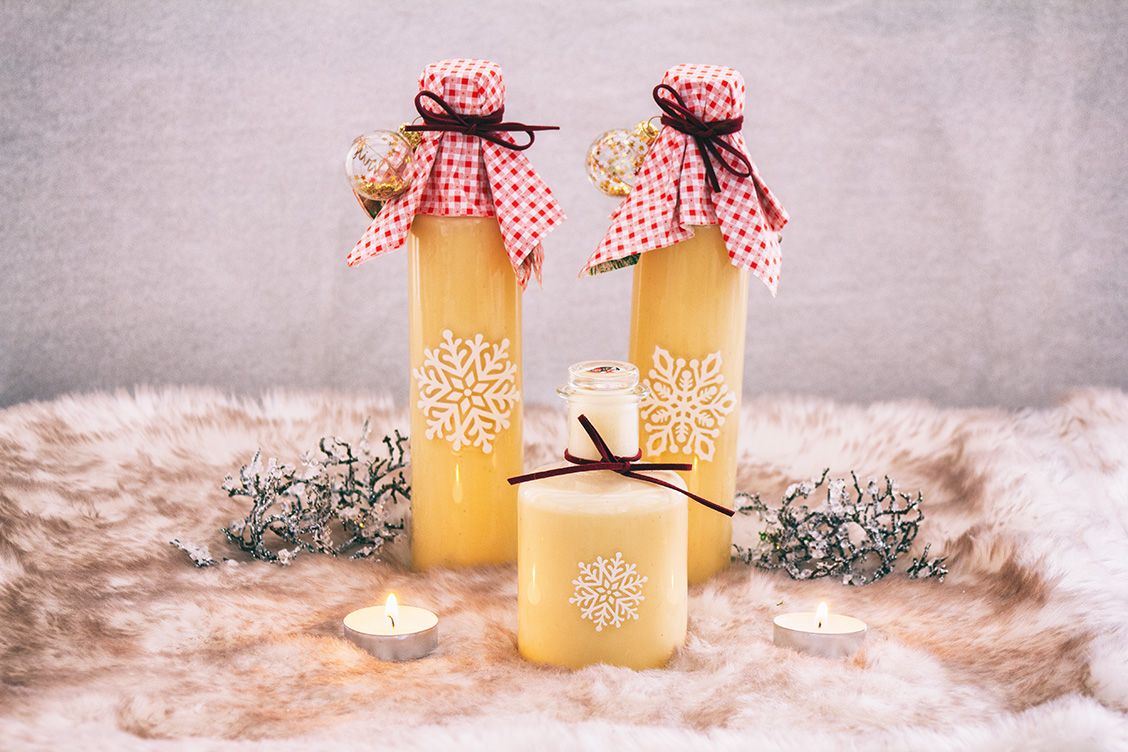 Have fun with this eggnogg.